“Hummingbirds are so cute” Carol said. We saw then flitting around the yard several times, and Carol suggested that we buy a feeder to give them a treat. At Wal-Mart we found two feeders: one for a dollar and one for six. We bought the cheaper one just to see if the critters would flock to our yard.

There are about 300 species of these aerial acrobats. They live only in the western hemisphere: twelve of which spend the summer in North America. They flap their wings from 50-200 times per second, fly up to 34 mph – even upside down, weigh up to three

quarters of an ounce, average four to five inches long, have a heartbeat of 225 beats per minute at rest and up to 1,260 beats per minute in flight, and have an average lifespan of about four years.

We bought the feeder and a bag of Instant Hummingbird Nectar Concentrate. Filling the container with the red juice, we hung it on a pole just outside the dining room window so we could observe the poor little critters as they enjoyed our gift of life. At first one or two visited us, but then all activity stopped. Curious, I stepped outside to see if there was a problem with the feeder.

neighbor’s cat was waiting for breakfast to appear. But when he saw me, he sauntered off for less populated pastures.

Within minutes, a green ruby-throated hummer zoomed up. He came within six inches of the port, hovered as he looked around, nervously darted back and forth, seeing if anyone was going to attack him. He finally inserted his needle-like bill, had lunch, and zoomed to the nearest crepe-myrtle tree.

I thought he had tired himself out hovering while drinking and needed to rest. Wrong!

As Carol and I watched, two other hummers zoomed up, stopped in mid-air to see if it was safe, and approached the ports. The first critter came back at full-throttle and attacked the newcomers! Apparently, as the first visitor, this pugnacious little rascal had laid claim to my feeder.

I wanted to catch the little beast and take him miles away, but I learned that another one would just take his place. They are territorial, and it is definitely first-come-first-served. But upon reading about them, I found that they need to eat/drink more than their weight in nectar each day merely to stay alive. That alone explains why they are viciously protective of their find. It’s a fight for survival.

So, where we hoped to make life easier for these cute little creatures (that are relentlessly in search of food) by being nice to them, we were merely successful in creating a new battle-ground for them.

That reminds me of back in 1958 when my father asked me, “Would you like to see someone become angry by being nice to him?” I incredulously asked, “How can that happen?” Dad said, “Just watch.”

He called for two of my brothers. Dad gave one a dime, and the other a nickel. The one who received the nickel exclaimed, “That’s not fair! I should get a dime, too!” Dad asked, “What’s not fair about it? You both received a gift. You didn’t earn it and it is not part of your weekly allowance. It’s extra. Go spend it.” The one brother was unhappy and began fussing until Dad gave him another nickel – which was his plan anyway. Then Dad told me, “Don’t forget that lesson. It will come in handy sometime.”

It sure did. Throughout my adult life, I’ve worked to support and accrue benefits for my family. But some of our citizens are truly handicapped and cannot support themselves, so our elected leaders have made benefits available to them – and rightly so. But many others have seen “the feeder with the red juice” and zoomed up full throttle to claim and demand gifts that are not rightfully theirs.

But there is a better way to live.

If people could see who Jesus really is, see all that he offers to those of us who listen, and the minimal he asks from us in return, life would be much more meaningful. Matthew 6:33 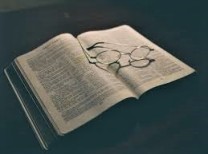 says, “Seek the Kingdom of God above all else, and live righteously, and he will give you [assure that you have] everything you need.” Living by that principle would greatly reduce stress and result in greater fulfillment in life.

I’ll continue feeding the hummers, but I strongly admonish you readers: live to honor Jesus, and reap his rewards.