It was a warm summer morning in 1985. My wife (Carol) and I were on I-40 heading west. We were on vacation and had been visiting our friends, Jim and Frieda Denton in Tulsa, OK, when we got into another disagreement. It wasn’t a bad one – no hollering, yelling, or throwing things. But it was frustrating for both of us … and amusing for the Dentons.

We were long-time personal friends with the Dentons, attended church together, and had the freedom to say anything we wanted to without worrying about feelings. Therefore, as we were getting ready to leave that morning Frieda gave us a bag of audio tapes and said in her fun-loving, playful drawl, “Here. Take these and listen to ‘em. It might do ya some good.” 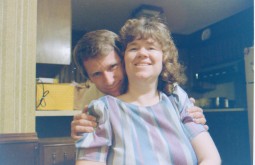 Carol and I were married on my 20th birthday: August 22, 1966. Carol says, “Marriage is made in Heaven; but it comes in a kit, and you have to put it together here on earth.”  She is correct, and with God’s help we did a lot of “putting together” in our marriage.

Oh, you want to know about the bag that Frieda gave us? It contained some of the building blocks for our happy marriage.

When Oklahoma City was about twenty-five miles behind us, Carol pulled out “Tape #1.” Believe it or not, we finished all five tapes before stopping that night (and heard them several times again during the next five years). There were periods of laughing, periods of discussion, but a LOT of: “So THAT’S why you are that way!” After nineteen years of marriage, we were finally learning to really understand each other. The topic?  Florence Littauer’s teaching on Temperaments. This was a fun-loving study about why we act the way we do.

I asked, “I am a what?!” Carol said, “You are a sanguine-choleric.” Where I was impetuous, fun-loving, and slow to finish a project, at a moment’s notice I could be stern, authoritative, and hard to get along with. Where Carol was easy-going, a good listener, and full of ideas, she could quickly become an unbending critic. These were our major points of contention, and are why Frieda gave us the tapes.

There are several systems of explaining the four temperaments. The (over-simplified) traditional Greek concept is: choleric-leader; melancholy-analytical; sanguine-sociable; phlegmatic-quiet; but there are many variations and combinations. Other researchers (Myers-Briggs Type Indicator, Keirsey Temperament Sorter, and others) have developed their own systems and use different names; but they all help us to understand why we act the way we do.

Some folk claim that this approach to understanding human nature is pseudo-psychology or part of the occult. Taken to an extreme or studied without an understanding of fallen human nature, I suppose I could agree. But we view life through the lens of Holy Scripture. Here is a brief overview:

Man is born in sin. Jesus came to redeem us. Having accepted Jesus as our Savior, we are to study the Bible and grow in the Character of Jesus Christ. Understanding that we have been forgiven, we now need to break our bad interactional habits and form new ones. This does not happen magically or by accident. It takes time and effort. It takes about 21 days to form a new habit, but about 28 days to break an old habit. But if we mess up in the process, we might just have to start the count over again.

Where was I? Oh yes, learning about temperaments. We have now been married for over 52 years, and we have most the bugs worked out in our marriage. I said MOST bugs; but if you look close enough, I’m sure you can find a few still crawling around. Carol learned that I was not lying when I gave incorrect information at times: I merely forgot some minor details and subconsciously filled in with similar details. (I still do 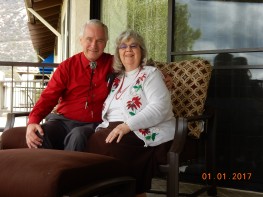 that sometimes.) And I learned that Carol was not being a demeaning tyrant who held me over the fires of hell every time I made a mistake. She was merely interested in truth: TOTAL truth.

That summer our understanding and love for each other grew tremendously. We learned to love each other for who we were – not for who we wanted each other to become. And as we both learned to stop pressuring each other, we DID begin to please each more fully. But it’s not over yet: maturing is a life-long process and God will help us if we let Him.

Don’t give up: as you learn about your temperament – not the same as personality – there’s hope for you, too.