Several years ago, our son (Ron) and grandsons (Josiah and Joshua) flew from Oklahoma City to the Grand Canyon. For those of you who may be geographically-challenged, one way to reach the Grand Canyon is by driving about 80 miles north-northwest out of Flagstaff, Arizona.

Since they are not birds, they flew in a single-engine low-wing airplane. Josiah was seventeen years old and was taking lessons to receive his pilot’s license; therefore, the owner of the plane (Josiah’s instructor) flew with them. The picture of Josiah in the yellow plane below is not the one he flew to the Grand Canyon.

When I asked Josiah about the flight, he said, “The flight to the Grand Canyon was

wonderful! We flew in a Piper Turbo Arrow and the altimeter had a reading of about 10,000 feet for the majority of the flight. It was amazing how things appeared to be so small when we were in flight. Structures that are rather large on the ground seemed to have minimal noticeability from the air. The ground looked like a map that had been laid out beneath us, and we could see almost 100 miles in every direction.”

The Piper can fly at 19,000 feet if necessary, but it gets better fuel economy at 10,000. They took off in Oklahoma City which is already 1,200 feet above sea level, and flew to the Grand Canyon South rim which is 6,800 feet. So it appeared that they were losing altitude throughout the westward flight.

While a car will travel a mile in 51 seconds (at 70 mph), the Piper while flying about 185 mph (169 knots), will take 20 seconds to cover one mile. Several other comparisons: our car is dwarfed by the size of the 80-foot 18-wheelers, but those trucks look like ants from the plane; the country-sections (square mile plots of land) look like a checker-board; and there is a LOT LESS traffic at 10,000 feet altitude!

Put briefly: everything seems to be a lot smaller and life is much calmer when viewed from a higher plane. (Excuse the pun.)

Do you know that can be said about us while living in our every-day life here on the ground? Mothers with babies can get tied-up-in-knots as they try to balance home-making and tending to the needs of the family. Adults can get caught in the proverbial rat-race while trying to make a living and making ends meet. Administrators and managers can lose sight of the goal in the midst of financial and employee crises. Pastors and elders can lose their sensitivity to the Lord while attempting to counsel parishioners, balance the budget and building the church. And people can get totally dis-oriented and derailed in the midst of hurricanes, tornadoes, mudslides, earthquakes, and tsunamis. Life can become one grand maelstrom!

But things are much calmer when we view our situations from a higher plane – from God’s perspective. Josiah said, “Flying in a plane presents a good comparison of what God sees when looking at our lives. As we need to trust our flight instruments, we also need to trust and obey with the understanding that He sees the big picture.”

Josiah is correct: in the midst of your personal storm – whatever it is – ask the Lord to help you rise above the problems and see the bigger picture. Joseph told his brothers in Genesis 50:19, “What you meant for evil, God used for good.”

Therefore, it is possible that the bad that seems to be happening to you might be allowed by God in order to bring something better into your life. But planned or not, if we trust God with our lives and obey Him, He can bring good out of every situation. Romans 8:28 says, “And we know that God causes everything to work together for the good of those who love God and are called according to his purpose for them.” 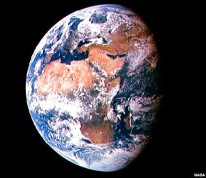 Ask the Lord to help you see life the way he sees it. Life is calmer from his vantage point because we can see from a wider perspective. God enables us to see the causes of our problems and how to resolve them; and there is a lot less frustration, less worry, and much more peace when we view life from a higher plane.

3 Replies to “Life Viewed From A Higher Plane”