“Hey, dad; I learned something new at school today.” I was happy and wanted to share this new bit of wisdom with my dad. I was twelve years old, in 7th grade, and feeling big.

“Okay, I am sitting down. Enlighten me with this earth-shaking news.” We both laughed.

“An optimist looks one way before crossing a one-way street; but the pessimist looks both ways.” I was proud of myself because I remembered every word of it.

But dad sat there for a few seconds, then popped my bubble when he 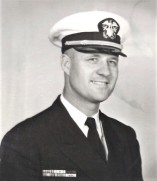 said, “Maybe the guy who looked both ways before crossing a one-way street wasn’t a pessimist. Maybe he was a realist.”

I felt badly because I didn’t impress dad the way I was hoping to; but in his wisdom, dad broadened my outlook on life – again – for which I am thankful. Dad always did his best to help me view life with a deeper, more complete understanding. He was a great dad, and a wise man.

Well, I learned something else today about optimists and pessimists. Since dad graduated to heaven 10 years ago, I can’t tell him about it. But I can tell you folk. (I can imagine dad in heaven saying, “Okay; enlighten your readers with this earth-shaking news.”)

If you read it again and ponder on it, you’ll see the inherent wisdom. Optimism is the reason some people accomplish so much amid ongoing hardship, while others achieve so little even with no resistance. Yes, I know: you might say the poor achiever may not be a pessimist, but a lazy or a non-motivated person. You have a point there, so that would be two more reasons some people accomplish so little.

The story is told of a rancher taking his twin nephews to the barn. Jerry

was a pessimist and his twin, Jack, was an optimist. When the uncle opened the first door, he said, “Jerry, I am giving you a horse.” Jerry looked at the horse standing there, saddled and ready to ride, but said, “Oh no!” then sat down – dejected.

“What’s the matter?” His uncle asked. The boy said, “If you give me a horse, I’ll have to clean out the stall!”

The uncle shrugged his shoulders and motioned for Jack to open the second door. Upon opening it, all Jack saw was a pile of horse manure. “Oh Boy!” shouted Jack, and he grabbed a shovel and started digging a pathway to go inside.

His uncle asked, “Jack, what are you doing?” The optimistic twin shouted, “With this much horse manure, there’s just GOT to be a horse in there somewhere!”

Please don’t misunderstand me. I am not putting down pessimists, for they help optimists through life. When people like me see the opportunities in the difficulties, the pessimists point out the potential land-mines which we need to avoid. And, of course, we optimists help the others to realize that some of those potential mines are not armed, and work should proceed. If we purposely work together without deriding each other, both pessimist and optimist can be a productive team.

But I think Dad’s idea of the realist presents a balanced viewpoint. One definition says “a realist looks at things as they are and deals with them in a practical manner.”

Thinking I was either an optimist or realist, I took an online quiz to see

what that shrewd computer program thinks I am. The computer surprised me with: “You are a gentle pragmatist.” Thank you, intelligent computer.

A definition of a pragmatist is: “One who has a reasonable and logical way of doing things, or practical way of handling problems; a realist.”

We need both optimists and pessimists; but both should be realistic about life, for that’s where the rubber meets the road. We shouldn’t ignore the difficulties in life, but neither should we see them as stumbling blocks.

Whether you are an optimist or pessimist, be a team player – a realist – and your organization will be blessed. Ecclesiastes 9:10a instructs us, “Whatever work you do, do your best.”