Have you thought about postmodernism lately? Do you know what it is? Let’s take a look.

One report says, “Postmodernism assumes that ‘truth’ is based on an individual’s own

personal reality. For this reason, postmodernism is highly skeptical of explanations which claim to be valid for all groups, cultures, traditions, or races, and instead focuses on the relative truths of each person. In the postmodern understanding, interpretation is everything.”

Another report says: “Postmodernism denies the existence of ultimate principles or absolutes, and rejects scientific, philosophical, or religious truth which will explain objective reality.”

But philosopher Richard Tarnas presents the built-in paradox: “Post-modernism cannot on its own principles ultimately justify itself any more than can the various metaphysical overviews against which the post-modern mind has defined itself.”

1)                Pre-modernism: Ruled by authority. The individual is governed by objective reality and tradition; such as a world-view based on Bible consciousness.

2)                Modernism: The humanistic rejection of tradition and authority in favor of reason and science; such as natural or Darwinian evolution. This is based on viewing the autonomous individual as the sole source of personal meaning and truth. There are no absolutes.

3)                Post-modernism: A rejection of the self-determining individual with an emphasis upon the collective experience; such as the dissolution of distinctions, the merging of subject and object, self and other.

Postmodernists reject objective truth – perhaps best exemplified by French philosopher René Descartes’s famous statement: “I think, therefore I am”. My Biblical response to Descartes is: I am, therefore I think.

The postmodernist distorts reality and attempts to destroy the foundation of truth in order to justify his own reality – that means, he is attempting to justify his own lifestyle. For example, we read: “The term ‘justice’ means many different things to the post-modernist, depending on the positions of the members of the discussion. Outside any

discussion of ‘justice’, there is no meaning which we can find. The concept of ‘justice’ exists only as long as we negotiate its meaning between ourselves in our society.” And that makes as much sense as me trying to push around a 300-pound gorilla!

No wonder our judicial system is in a quagmire today. They cannot identify truth. Here are several examples of postmodern confusion. The courts and lawyers do not argue for objective truth. The battle is over who can win the courtroom debate. That is a great loss for the United States of America.

When I asked several postmodernists if it was okay to murder someone, they said, “No! That is wrong!” I asked, “On what basis?” They wouldn’t answer because the answer required a standard of right and wrong – a standard of truth that they rejected.

But the esteemed apologist, Dr. Ravi Zacharias presented reality when he asked: “How can something that has been current for so long be ‘post’?” He meant, How can the Bible 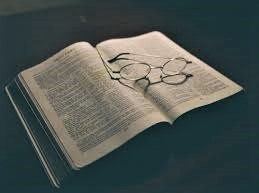 and objective truth, which has been our proven standard for life for so long, now be wrong? Without a solid foundation in God and the Bible, life is hopeless, worthless, meaningless. That’s why there are so many suicides, murders, drug usage and overdoses: life is void without faith in a caring, loving God.

But Jesus Christ lived, died, and raised from the dead to offer us eternal life. That is truth you can base your life on. Choose life – and live!