Have you heard the debate as to whether or not sex and violence on videos, theaters, and television are negatively affecting human behavior? The debate has been going on for years but is really a waste of time.

According to Advertising Age magazine, advertising spent in the US in 2017 reached approximately $205 billion. Now the question is: if watching a commercial does NOT affect our behavior, why are companies willing to fork out all that money? In case you haven’t figured it out yet, money talks!

Rightly or wrongly, money rules much of the world. So, if watching a commercial will motivate someone to buy specified merchandise, that in itself is proof positive that watching sex and violence affects our behavior. Please keep in mind that companies want to advertise on programs that people want to watch. And, as commercials motivate us to buy their products, watching sex and violence motivates us to “buy” their products. More on that in a minute.

Also, did you know that swearing or using profanity is linked to violent behavior? I read an article by Jennifer Welsh (October 17, 2011) which said;

“Profanity is kind of like a stepping stone,” said study researcher Sarah Coyne, of Brigham Young University. “When youth both hear and then try profanity out for themselves it can start a downward slide toward more aggressive behavior.”

The researchers found links between the amount of swearing in video games and television, and how often the students used profanity themselves. Participants who swore more often were more likely than other students to exhibit physical and relational violence.

Another study published online in the journal Social Cognitive and Affective Neuroscience reported that watching violence on television, theaters, or video games “desensitizes people, blunts their emotional responses, and potentially promotes aggressive attitudes and behavior.” Our society is proving that.

The researchers also found that those who had the most exposure to violent media in their daily lives showed the greatest desensitization; and continued exposure to violent videos will make a person more accepting of violence and more likely to commit aggressive actions. It is obvious that playing violent or sexually graphic video games dynamically affects a person because the player is physically and emotionally involved; therefore, these video games are even more harmful than television or the theater.

Another series of studies conducted by C. A. Anderson and B. J. Bushman (2002) on over 130,000 participants around the world show that:

“Violent video games increase aggressive thoughts, angry feelings, physiological arousal (heart rate, blood pressure), and aggressive behavior. Violent games also decrease feelings of empathy for others. The effects occurred for males and females of all ages, regardless of what country they lived in. This review also sheds light on why violent video games increase aggression. Someone who has aggressive thoughts, feels angry inside, lacks empathy for others, and is highly aroused should be more likely to behave aggressively.”

We have a dynamic problem. We promote sex and violence because it sells products, but we then reap the results in the form of a depraved society. Our society enjoys watching exciting murders on the screen, but are horrified when we read that there were 17,284 known murders in the USA in 2017. We promote immoral sexual behavior because it sells products, but are aghast at the 135,755 known rapes in the USA in 2017.

Are you happy about all the hell that flourishes in the world today? If you are, keep watching and promoting that stuff. If you’re not happy with it, do something about it. 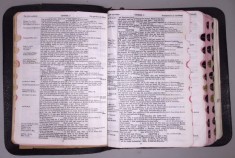 to faith in Jesus Christ, and promote good morals and healthy living as espoused in the Bible. There is no other way.

If we do not change the course of our society, we’ll only get worse.