[Truth waiver: This article is a simplified compilation of various doctors’ reports with my own commentary interwoven.]

What is a panic attack? Panic attacks are malfunctions of appropriate 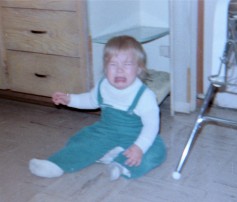 responses. Panic is a response to danger or threat. Short term panic or anxiety is called the fight/flight response because all of its effects are aimed toward either fighting or fleeing the danger. The number one purpose for panic and anxiety is for protection. Example: if you were crossing a street with a car speeding toward you blasting its horn, and you experienced absolutely no anxiety, you would be killed. However, your fight/flight response would take over and you would scramble off the street. The purpose of anxiety is to protect us, not to harm us.

What causes a panic attack? Determining the cause of panic attacks is difficult because panic and anxiety are natural responses, and we all respond differently. However, panic becomes a problem when it occurs for apparently no reason. When our brain senses danger or possible harm, it reacts with an “act-now-think-later” response that causes a heightened emotional agitation. This can bring on a panic attack which is a response of the sympathetic nervous system (SNS), and multiple symptoms appear; but those suffering from panic attacks must attempt to determine the cause of unjust or irrational panic.

What are the symptoms? Panic manifests itself through three separate systems. Identifying these symptoms will enable the person to learn to gain control.

In panic attacks the physical system becomes the most important since these are the symptoms which are most easily mistaken as indicating some serious disease.

What does a panic attack feel like? When a person has a panic attack, they feel a need to escape. They can think something awful might happen like death, heart attack, not being able to breathe, losing control, or becoming embarrassed. A panic attack causes the fastest and most complex reaction known within the human body. The symptoms of panic attack include immediate alteration of the functioning of the eyes, several major glands, the brain, the heart, lungs, stomach, intestines, pancreas, kidneys and bladder, and the major muscle groups. The cardiovascular system is launched into overdrive, and the rate of respiration increases. The metabolism is increased, and excess amounts of sugars and fatty acids are released into the bloodstream. This physical response can lead to emotional responses such as the belief that one is dying. Generally speaking, the more physical symptoms one has during an attack, the more emotionally devastating a panic attack can be.

What should a person do when he feels the attack is coming on? Because panic attacks are created by an overly emotional response, thinking it through can help calm the panicky feelings. The AWARE method is based on this idea and it works in this way:

Accept that you are having a panic attack.

Watch the attack as it unfolds.

Act normally—continue doing whatever you were doing.

Repeat these steps until the attack has subsided.

The key to being free from panic attacks: You Must Learn To Break The Fear Of Having Another Panic Attack Or You Will Never Experience Complete Freedom From Anxiety.