Several years ago, we received a calendar from the Insights For Living ministry titled: “The Dawn of a Church Awakening.” Chuck Swindoll’s caption for June was “The Church’s Attractiveness” and Chuck wrote:

I am convinced that the church doesn’t need marketing devices, worldly strategies, live entertainment, or a corporate mentality to be contagious. Not if the glory of God is the goal. Not if the growth of God’s people is in view. Rather, the church needs biblical truth taught correctly and clearly … and lived out in authenticity.

The two central themes around which the other eight revolve are the Church’s nature and God’s nature. And the nature of the church directly affects how the world views the nature of God. So, how is the church doing?

For over fifty years I’ve heard “the church needs to be relevant” in order to influence the world for Christ. I might agree with that statement, but I need to see what it means first. 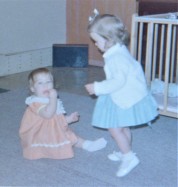 Relevant has various meanings, but the current meaning is pertinent to the matter at hand.

So is the church being relevant to the world? Yes. But we have a problem. The little-known church motto is: “The Bible is our standard for faith and practice.” That means our faith, lifestyle, and actions should conform to Scripture. However what we find is the church is conforming to the world.

The world is on a fast-track heading away from Jesus Christ. Those in an ungodly lifestyle have no intention of being influenced by the church, but the church wants to be relevant. Therefore the church adopts much of the world’s music, entertainment preferences, activities, and behaviors in order to promote identification. But as the world continues its trajectory away from God, the church, still wanting to be relevant, continues toward the world.

One New Mexico pastor asked a young man, “Would you like to become a Christian? God will accept you just the way you are.” The response was, “Sure, man; why not? There really is no difference between your church and my group anyway. I’ll accept your Jesus.” The truth was: he did not accept Christ; he merely joined a church.

Many in the church dress, act, talk, and live like the world, thus, blurring the distinction between church and world. That’s why many non-Christians don’t see the need to turn away from their detrimental or harmful lifestyles.

For fifty years the church’s priority has been to identity with the sinful world rather than promote the Glory of God through Jesus Christ. A youth pastor I know takes several youth groups to pagan rock concerts where drugs and alcohol flow. When I challenged him about it he said, “Pastor Linzey, it’s the same music as Christian rock, but we tune out the words so it is okay. We like to use this kind of music in our churches but use Christian lyrics. That makes the music Christian. Also, after we get the kid’s attention, we can teach them about Christ.”

That sounded good, but I learned later that if he stopped paying for their rock concert tickets, they stopped attending his youth meetings. So, where is his authenticity?

A problem is that we are confusing concern with identification; and that

degenerates to watering down the Gospel. We also need to understand that religious activity often blocks the voice of God. And if there’s no observable difference between church and world, we are preaching the wrong gospel.

Chuck Swindoll is right: In order to change our world for the better, in order to truly influence people for Jesus Christ, we must live authentic Christian lives.