Some folk are afraid of having their children vaccinated, and others are afraid of NOT having them vaccinated – both for very good reasons. And we find dispensers of hand-wipes almost everywhere to help stop the spread of the invisible, evil horde.

We go to great lengths to warn people of the latest epidemic. We talk about it on television, radio, and on all the social media. We even warn people about what MIGHT be coming around the bend, even though sometimes it doesn’t happen.

That reminds me of the counselor who told his worried patient, “90% of all the things you worry about never happen.” To which the patient replied, “Good! Now, what can I do to eliminate the other 10%?”

We need to be alert to all kinds of dangers that are lurking out there, and we need to help others because we are our brother’s keeper. But viruses and bugs are not the only disease we catch out in the public. Often the more pervasive problem is our attitudes, and they are easier to catch than the flu.

Attitudes and emotions are contagious.

I remember being in a planning meeting at a science lab, and we had a difficult

obstacle to overcome. We were in a deep discussion on how to solve the problem, but the key individual, Matt, was missing due to a scheduling conflict. Each time an idea was presented, one dour experienced member of the team explained why it wouldn’t work. After about forty-five minutes, the entire team was feeling dismal because of the failure syndrome that pervaded the room. The team mindset had been poisoned because it “caught” this man’s negative attitude.

But Matt finally arrived and asked for an update. After he heard each rejected proposal, he laughed and said, “Well, I’m glad I finally got here. You have in your hands the answer to the problem.” He then happily explained how two of the proposals would work. When the dour man spoke up, Matt explained how his rebuttals didn’t apply to this situation.

This man had not been contaminated with the prevailing negative attitude, and that freed his God-given creativity to recognize the value of the ideas that had been presented.

We don’t need to be caught as creatures of our negative culture. Rather, with a 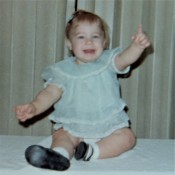 positive attitude we should create an atmosphere in which others can be set free to rise to their God-given potential.

A complainer can destroy the company’s vision and torpedo the goal. Negative attitudes can undermine the morale of the team and hide or destroy the available talent and creativity. Negative emotions are destroyers of progress.

But positive attitudes and emotions are just as contagious. We don’t have to be a Pollyanna to cheer up the room, and we don’t have to have an ever-ready smile to make people happy. But we can ask the Lord to help us see past our problems and see things from God’s perspective. We create our immediate environment by what we believe, how we think, and how we act.

I believe God wants us to represent Him as much as we know how. Some years

ago, my friend, Terry Langham, and I were operations officers in a scientific laboratory. The scientists and workers there thought the atmosphere was “all business.” But it felt to us somewhat gloomy. After praying about it, but without telling anyone else, we decided to change our culture.

Our phone calls and e-mails started with “Good morning.” In the calls and e-mails, we often asked what we could do for them. We stopped by people’s offices periodically to assure that we were effectively communicating with them.

After several years, the division leader told us, “You’ve changed our atmosphere. The entire division is a kinder and more cheerful place to work. Thank you.”

Our thinking and attitudes are definitely contagious. How are you affecting your community?