Side-stepping the Bible, Darwin was trying to understand the common ancestor of life which might point to the origin of life, and many modern scientists are looking for the unifying force that ties the universe together – whatever that means. Both correctly share the idea that there must be one original spark of life – somewhere – from some place.

from other solar systems or galaxies, while others go straight to the hypothetical Big Bang. But neither hypothesis provides a plausible answer.

Does it surprise you that many of the strongest supporters of evolution are atheists? The March 9, 1907 edition of the New York Times refers to Ernst Haeckel as the “celebrated Darwinian, and founder of the Association for the Propagation of Ethical Atheism.” Conversely, a study was conducted in 2011 which revealed that many high school biology teachers were reluctant to endorse evolution in class. Rather, they are encouraging the students to employ critical-thinking skills when considering life and its beginnings.

The reason? The concept of evolution is actually an hypothesis; but many misguided people call it a theory and teach it as fact. That is not science. It is actually faith, which places it in the field of religion. 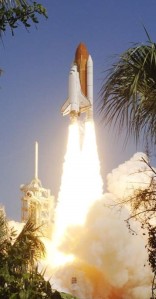 planners, engineers, builders, and more. When we study the intricacies of the simple one-cell amoeba or massive 200-billion-star galaxies, it is obvious that there was a dreamer, planner, engineer, and builder. The classic Big Bang hypothesis and humanistic evolution make intriguing science fiction, but do not stand the test of time. Rather they are diversions which turn us away from truth: from Almighty God who created us, and from Jesus Christ who loved us and gave himself for us.

God – not limited by man’s imagination – created the laws of physics then created matter and arranged matter into various forms. It is fascinating, and almost beyond the comprehension of mortal man. Religions that accept spontaneous materialization without a Creator and gods creating themselves, are blind religions based on human imagination; but Judeo-Christianity is a revealed religion based on nature and Scripture.