In 2003 a New Mexico rancher named Jorge (pronounced Horheh; Spanish for George) asked me, “Why do you believe something just because it’s in the Bible?”

My response was, “Have you read about Abraham Lincoln?” He said, “Yes.” “Have you ever seen him?” I asked. 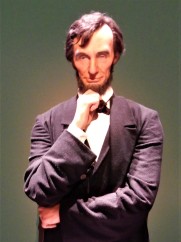 “I may look that old, but I am only seventy-six!” he retorted.

I asked, “Do you believe Lincoln really lived?” He said, “Yes, of course.”

My final question was, “Why do you believe in President Lincoln just because you read about him in a book?” Jorge admitted he was stumped on that one, but still did not want to believe in the Bible.

Did you get the point? The situation wasn’t that he couldn’t believe the Bible. Rather, he wouldn’t believe. It was a conscious decision.

Years ago, a colleague at a scientific laboratory challenged me to prove the veracity of a Bible story. When I answered his challenge using non-Biblical sources, he countered with, “You only know that because you know history.” Whereupon I responded, “If I didn’t know history, the story in the Bible would still be true. That verifies the truthfulness of the Bible. Read it; there’s a lot to learn in it.”

Even in their quest for the “historical Jesus,” many people attempt to establish a merely human Jesus. They quote scholars who are hostile to Jesus as Deity, but they ignore scholars with equal or greater credentials who accept Jesus as God. It is a conscious decision.

Major complaints given about the Holy Bible being historical are paraphrased here: “It was written so long ago, how can we assess its legitimacy? It has been copied so many times, how can we verify its integrity?”

Let’s apply those questions to other well-accepted writings.

But we have many hundreds, if not thousands, of New Testament documents, many of

which are dated only 35-100 years after Jesus resurrected. So, using the same reasoning, we should not doubt them. On the other hand, they are more credible than all the others put together. 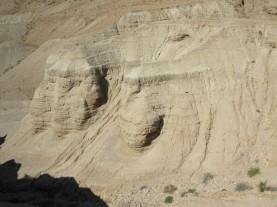 63 BC, have substantiated the Old Testament texts. Archeologists have verified the existence of Biblical towns, civilizations, and events.

The New Testament was written around 45 AD to 95 AD. Men who have been historically verified were eye-witnesses to what was taking place, and wrote about it. Two of the writers were Jesus’ half-brothers: James and Jude. They initially rejected their half-brother as a lunatic and a fake. But they saw Jesus after He came out of the tomb, they became true believers. Refusing to lie about what they saw and knew, they were killed for their faith. Luke wrote the historical books of Luke and Acts to a Greek dignitary after interviewing numerous eye-witnesses.

Peter said in 2 Peter 1:16, “For we did not follow cleverly devised myths when we made known to you the power and coming of our Lord Jesus Christ, but we were eye-witnesses of His majesty.” Peter was, also, murdered for his faith.

Even the next generation of church leaders recorded their personal interviews with these eye-witnesses. For example, Papias, born in 60 A.D. interviewed the Apostle John.

Forty authors wrote the sixty-six books of the Bible over a period of 1600 years, and all are in harmony with the whole. Historical? Yes, indeed!

Archeology has verified the existence of the Hittite civilization, Jericho’s destruction in 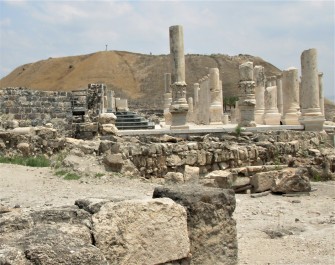 Joshua’s time, Egypt’s conquering of Israel, Pontius Pilate, Herod the Great, and many other events and people named in the Bible. Non-Christian historians like Porphyry, Celsus, Josephus, Pliny, et.al. have confirmed events recorded by the New Testament writers. Tacitus, the leading historian of Imperial Rome wrote: “The author of that name (Christian) was called Christ who in the reign of Tiberius suffered punishment under his Procurator Pontius Pilate.” The Jewish historian Josephus wrote, “There was about this time, Jesus, a wise man….” And many other non-Christian writers have verified the events in the New Testament.

If we applied the same higher criticism (for judging the Biblical writings as mythological) to the writings of the other above-mentioned philosophers and historians, we would reject all of them post-haste.

My logical, literary, and scientific conclusion is this: An historical/spiritual guide that reveals God’s interaction with man and His redemption of man, the Bible is not mythological; but is a bona fide history book that can be trusted. It is the oldest history book in the world, and has been substantiated thousands of times.