The computer manager where I worked at the National Laboratory told me my computer hard drive needed to be cleaned. We didn’t have the funding to for a new computer yet, so I needed to tune up the one I had.

Although I didn’t know much about computers at the time, Nolan was extremely computer savvy and he rattled off the instructions as he was leaving my office. What he said made sense, I understood what he said, and I figured I would do the job within a couple of days. But in my hurry I didn’t take notes.

My father taught me when I was in high school (over 55 years ago) to take notes when someone gives me instructions. Dad said, “Paper has a longer memory than you do. Write things down.” He was right, of course; therefore, I normally did record instructions – but forgot this time.

In my position I was involved in almost every aspect of our group’s operations. Later that day, I was called to check on one of our buildings that was emitting 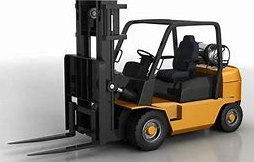 smoke. (A large fan motor mal-functioned and was smoking.) I investigated a forklift accident and wrote up the report: that took several days. (The critically-injured man lived.) Inspectors called me to check on potential radiation-contamination at another site. (It was only natural radiation that accompanied sunlight, but I still had to write the report.) Things like that kept me busy; and because of my many duties, I didn’t get to the project of cleaning my hard drive for several weeks.

But I finally got to the relatively simple task. After all, Nolan explained it very well.

Now, what was it that Nolan said? Oh yes: make sure you have all the software for the programs you use, and save all your work in a separate folder. Transfer that folder to an external hard drive. Then erase the resident hard drive and run the cleaning program. Afterwards, reinstall all software, then reinstall your work. Easy enough. I had four hours of dead time and decided to get it done.

After saving eight years of data into a separate folder, I erased the hard drive and ran the cleaning program. But after reinstalling the software, I ran into a problem: I couldn’t find the folder with my eight years of reports, investigations, presentations, spread-sheets, laboratory history, and myriads of other documentation.

Then I remembered: I had saved all my work – ALL OF IT – in a separate folder on my resident hard drive. I forgot to transfer it to an external hard drive.

Thinking of all that I had just lost, I got the worst sinking feeling I had ever felt in my entire life. IT’S ALL GONE!

I had two options: I could either cry, or laugh. Since crying wouldn’t help anyone, all I could do was laugh. And I did. Then I called Nolan.

He came to my office right away. After hearing my miserable tale of woe, Nolan said, “Believe-it-or-not, yesterday after you left, an idea came to my mind that wouldn’t leave. So I came to your office and I stayed until 9:00 pm backing up your hard drive. I now realize it was the Lord who prompted me to do that, and you’ve lost nothing.”

All I could do was laugh. But this time for JOY!

Nolan, a Bible teacher, reminded me of Romans 8:28 which says, “And we know that God causes everything to work together for the good of those who love God and are called according to his purpose for them. (NLT)” I was certainly grateful for God’s mercy in the work-place, and for Nolan’s timely obedience to God’s prompting.

But not everything turns out “good” like that. Tornados destroyed friends’ homes, dad died of cancer, two of my sister lost their houses in a fire — do these work for our good? Amazingly, they can.

When bad things happen, turn to the Lord. He really does love you. Trust Him

in good and bad times, for this world is not our home. Memorize Romans 8:28, which says, “And we know that God causes everything to work together for the good of those who love God and are called according to his purpose for them.”

And, feel free to laugh.

2 Replies to “All I Could Do Was Laugh”