A vast majority of you will say “No, I’m not an atheist,” while some will say “Yes, I am.” But why would I ask that question? Back to that in a minute.

Atheism has been defined as a lack of belief in God, a total denial of His existence,

The polytheistic Romans in Jesus’ day, who believed in hundreds of gods, accused Christians of being atheists simply because Christians believed ONLY in the Holy

Trinity (Father, Son, Holy Spirit); while the Jews accused Christians of polytheism BECAUSE they believed in the Holy Trinity. The accusations depended on the point of reference. But that’s a story for another time. (This cross is on Mount Helix in San Diego County, just four miles from where I grew up.)

Many atheists probably don’t consider themselves anti-theists, but non-theists. Many are good, ethical, moral citizens, and strong Americans; and most atheists claim that atheism is not a belief system or a religion. But I call atheism a religion. Why?

In the atheist’s belief system: there is no God; nothing formed itself into a well-organized, majestic universe; organic life evolved from rocks; man evolved from … who knows?; there is no life after death; belief in God is wrong; and so on. But all of that is a matter of faith, and that is religion. Simply put: the atheist’s non-belief system is, by definition, a belief system. Biologist George Klein wrote: “I am an atheist. My attitude is not based on science, but rather on faith. The absence of a Creator, the non-existence of God, is my childhood faith, my adult belief, unshakable and holy.”

Many strong atheists are often aggressive in their conversations with theists and try to shoot holes in theistic beliefs. (And, sadly, many Christians are equally argumentative.) Atheists like to use logic and anti-biblical “evidences” to denounce God’s existence. However, I’ve had many interesting discussions with scientific atheists in the past, and most of them are still my friends because we didn’t hammer, degrade, insult, or malign each other. Rather, we expressed our beliefs – yes, religious beliefs – and allowed each other freedom of religion, freedom of thought, and freedom of expression.

Remember, we cannot change anyone’s mind. We must, as simply or as complex as the situation requires, present our beliefs and convictions to them and allow the Holy Spirit to work in their heart and mind.

But now I have several questions for you: If you are a Christian, are you a practicing atheist? Keep reading.

1.       Do you effectively deny God by your lifestyle: your language, actions, thoughts, motivations, work ethics, choice of humor, the places you go, what you watch at the theaters, on computer, or on television?

2.      When someone begins to bad-mouth God or another person, do you just sit by? Or worse, do you join in the negative conversation?

3.      If you attend church, do you attend for social purposes, out of obligation, or for business contacts?

4.     Without being abrasive or overbearing, do you openly proclaim Christ to the world, or do you hide your Christian faith in the social shadows?

5.      Would some folk be surprised if you told them you are a Christian?

A “yes” answer shows you are effectively denying God: being a practicing atheist. But if you claim to be a Christian, I want you to think about your relationship with God. Do you truly desire to live for God? I am not encouraging you to cram your religion down someone’s throat; that would be wrong. But we do need to openly, definitively “let our light shine” for the Lord – if indeed we are Christians.

Matthew 10:32-33 says, “Therefore whoever confesses Me before men, him I will 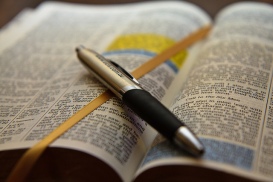 Let’s not try to intimidate others, but let’s allow them to experience truth and life through our lives. Let’s give them a glimpse of Christ by the way we live.