Are you creating a legacy? That’s actually an invalid question, because you ARE creating

a legacy. There are two kinds: physical and spiritual. So, what kind and what quality of a legacy are you creating?

Webster’s dictionary says legacy is defined as something received from an ancestor or predecessor, or from the past. It also refers to the memory of those who have passed from this life and to what contributions they made to society while they were alive; and that reflects on the person’s character. So, if you were to leave this life in one, five, ten, or fifteen years from now, what legacy would you like to leave? How would you like to be remembered?

A funeral setting might help you think about it. When the person (parent,

relative, friend, neighbor, whomever) in the casket was lowered into the ground and you left the cemetery, what left with you? Money? Land? Clothing? No. So if none of that left the cemetery with you, what did?  MEMORIES! The person’s character – exemplary or disappointing – does not get buried, but remains in the minds of all those who know him or her – or even know OF him.

I’ve read about a funeral where the talk of the town was how much the man loved people and how much he will be missed. Hundreds of people attended the funeral. But although the deceased didn’t have a penny to his name, he left a rich legacy. Another time I observed the funeral of a wealthy man where the attendance was minimal – not even all the family was there. Oh, they got their inheritance – the physical portion of the legacy – but the spiritual side was bankrupt. In that case the talk of the town was how the world will be better off without him.

Sadly, in the second funeral, even the money (physical legacy) that was left to the heirs will not, in the long run, help them live better lives. Their bitterness (spiritual legacy) will lead them to use their money unwisely, and they will be left with nothing but disappointing memories.

Please don’t misunderstand me. I am not against money: I could use a little more of it, myself.

That reminds me of what Tevye said in Fiddler On The Roof: “If money is a disease, may God smite me with it; and may I never recover!” Yes, that was intended to be humorous. In that film, Tevye’s legacy was (in spite of his faults): stability within the community.

Another way to view a legacy is a launching pad. It takes thousands of workers 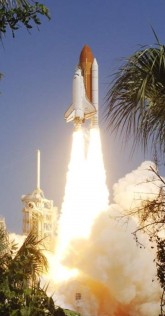 to build our rockets and space shuttles. I was on several of those teams. Each person designs, programs, or builds his own portion, then hands it (the legacy) to someone who takes the product to the next level. There is always someone who will pick up where we leave off. If we do our part well, we have created a good legacy. Then when all the parts are finally assembled into a rocket and space shuttle and placed on the launching pad, what happens? If the vehicle is assembled properly the passengers will safely reach the space station, the moon, or whatever destination has been programmed.

So, what legacy are you creating for those who come after you? Remember, the physical legacy is needed and helpful if used wisely. But it needs the support of a wholesome spiritual legacy to fully help family, friends, and society. Someone is going to take what you hand them and build on it. So, what do you have to give?

A.W. Tozer once said, “When a man of God dies, nothing of God dies. The legacy of the man lives on!”

Paul said in Galatians 6:7, “You will always reap what you sow.” And it has been 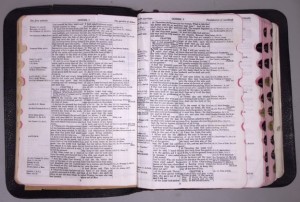 proven throughout history that others will be either blessed or hurt by how we live. Proverbs 11:18 tells us that if we do what is right, we will be rewarded. Proverbs 22:9 informs us that those who share what they have with others will be blessed. Those three verses talk about our legacy.

So, what is the name of the legacy are you creating? Selfishness? Hedonism? Monetary? Loving? Giving? Godly? Altruism? Think about it: will people remember you for what you gave them, or for who you are? How will you be remembered?

The answer to that question will be your legacy.