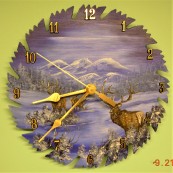 time”? Why did God send Jesus when He did? Why not earlier? Why not later?”

These questions might be related more to culture and history than to theology.

In all of Scripture, I find one passage that gives a strong, clearly-defined clue. That is Isaiah 40:3-5.  This is the New Century Version for a little clarification.

3 This is the voice of one who calls out: “Prepare in the desert the way for the Lord. Make a straight road in the dry lands for our God. 4 Every valley should be raised up, and every mountain and hill should be made flat. The rough ground should be made level, and the rugged ground should be made smooth. 5 Then the glory of the Lord will be shown, and all people together will see it. The Lord himself said these things.”

All the major nations had stories of gods being born, dying, and affecting humanity. But those myths were basically regional, with no “evangelist” traveling around the world telling the stories. There were no major highways to travel on, and there was no international language by which all the nations could understand. UNTIL ………

By 300 BC, the Greeks conquered the known world. The Greek language slowly became the language of commerce; therefore, many people in all the major nations spoke Greek. Then, around 146 BC, Rome began conquering the known world. But in order for the

Roman Legions to travel efficiently and quickly, their “Army Corp of Engineers” built roads throughout the Empire. Now, that was a major, multi-year project! There were many valleys, gullies, ravines, etc. that hindered the army’s movements, so the road-builders leveled hills and used the material (rocks and dirt) to fill in nearby valleys, ravines, etc. They also cleared the level land of boulders, big rocks, etc., and actually “paved” some roads with flat stone.

As I said, all this was for the efficient movement of the Roman Armies, for the Emperors had no concept of the coming Messiah. However, Rome also provided the world with “The Pax Romana” – The Roman Peace. That means, for a short time, there WAS a type of peace in the world, and this was the world-wide “calm” into which Jesus was born.

All this provided: 1) An international language to write and spread the Gospel of Jesus Christ; 2) A relatively peaceful environment for the Messiah and the fledgling Church to be born and grow. (Of course, Rome eventually became corrupt and life became dangerous for anyone who wanted to identify with and live for the Lord Jesus Christ.) 3) An international highway system that the Apostles, Evangelists, and persecuted Christians used to spread the Gospel.

John 1:1-3 says, “In the beginning there was the Word. The Word was with God, and the Word was God. He was with God in the beginning. All things were made by him, and nothing was made without him.” And verse 14 informs us that “the Word” became human in the form of Jesus Christ. Therefore, when the REAL God was born into humanity, (Jesus Christ; not some Roman, Grecian, Babylonian, or Egyptian fabrication) the story was not to be a regional legend that remained secluded within the Jewish community. God wanted the entire world to know as soon as humanly possible. 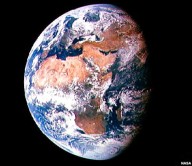 As a side-note: there are over 300 Old Testament prophecies about the Messiah; and they cover all areas of His life: the place of birth, where he would live, the mode of His death, the fact of His resurrection, plus a lot more. Every one of the prophecies concerning his life, death, and resurrection were fulfilled.